Today at 11am at the Atrium of the Piarco International Airport a plaque will be unveiled to memorialise the bombing of Cubana flight 455. An exhibition explaining the circumstances surrounding the bombing will also be launched.

Minister of National Security Edmund Dillon and Minister of Foreign Affairs Dennis Moses will join  Cuban Ambassador Vazquez Moreno  and Venezuelan Ambassador Coromoto Godoy in welcoming a Cuban delegation to Trinidad and Tobago. The Cuban Delegation includes Fernando González – one of the five Cubans who was imprisoned in the United States, and who was released when the U-S and Cuba re-established diplomatic relations; Camilo Rojo – who is a relative of one of the Cubans killed in the Cubana bombing; and Tania Parra , an official of the Cuban Institute of Friendship with the Peoples (ICAP).

Brief information about the Bombing of Cubana #455

On October 6, 1976 Cubana flight 455 was blown up off the coast of Barbados. All 73 persons on board died the flight were killed. They included 57 Cubans (of whom 24 were members of the Cuban national fencing team that had just won all the gold medals at the just completed CAC games); 11 were Guyanese (5 of whom were students on their way to Havana to study medicine, plus the wife of a Guyanese diplomat); 5 were North Koreans.

Two men – Freddy Lugo and Herman Ricardo Lozarno – arrived in Trinidad on October 5, then left on the Cubana flight for Barbados. They got off in Barbados and returned to Trinidad. However, the two bombs in their luggage remained on board the Cubana flight and blew up 10 minutes after take-off.

They were arrested in Trinidad, and confessed to the crime implicating two Cuban-Americans who were in Venezuela at the time. Those men, Luis Posada Carrlies and Orlando Bosch, were then arrested in Caracas on October 14.

Following a senior government meeting between officials from T&T, Barbados, Cuba, Guyana and Venezuela in Trinidad on October 20th, a decision was taken to try Lugo and Lozarno in Venezuela. They were then deported from Trinidad to Venezuela.

This year’s theme is “re-igniting the Ancestral Fires, Establishing Presence”

2.00 P.M.  – Arima Town Hall: Leaders will meet to discuss the Implementation of the UN Declaration of the rights of Indigenous Peoples

Exhibition and sale of Craft items

5:30 P.M –Lecture – Champions of the First Peoples at the Chaguanas Borough Corporation’s Auditorium 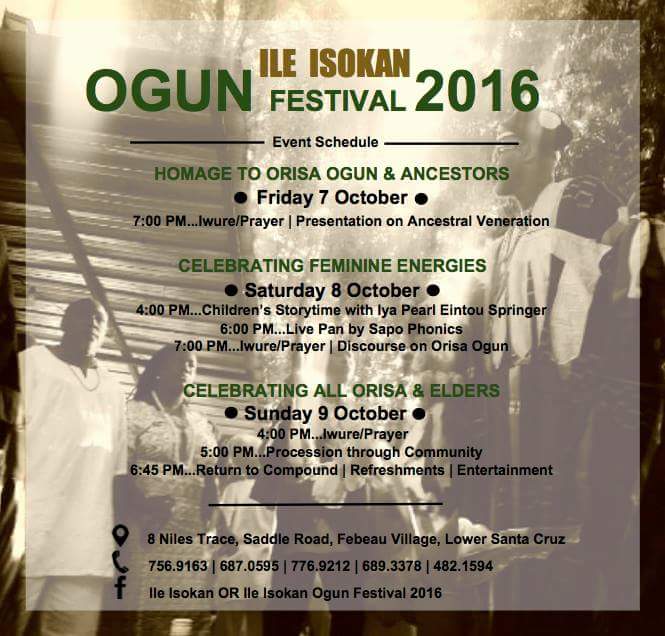 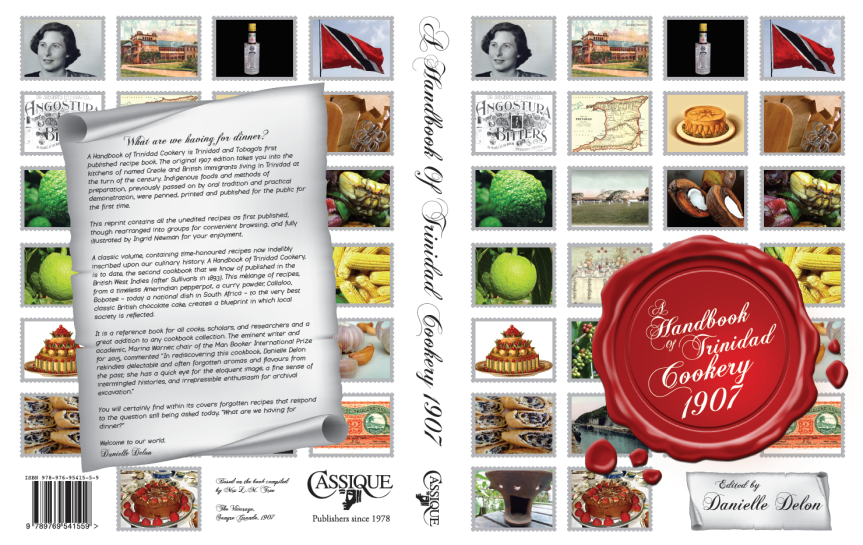 The new edition was edited by Danielle Delon, whose previous work includes The Letter’s of Margaret Mann. This is a re-publication of the 1907 edition of the book which takes you into the kitchens of named Creole and British immigrants living in Trinidad at the time.

The National Trust is selling the book for $425.00

You can’t save every site and heritage building, but we need to save more than we have.
We do have success stories in Trinidad and Tobago, Boissiere House and Audrey Jeffers’ Home aren’t listed. The Former is a completed restoration, the other restoration is taking place with great care to ensure historical accuracy.

But the National Trust Council needs to be appointed sooner rather than later, and the rest of us need to do more than just talk about heritage, art, culture and the things we say matter, but haven’t protected.

A portion of Trinidad and Tobago’s artistic community is up in arms about the demolition of Beryl McBurnie‘s house, a property that was shortlisted by the National Trust — the organisation charged with safeguarding the country’s heritage sites — to be considered for protected status. The house was bulldozed to the ground on September 16.

Read the rest on Global Voices.

Mikhail Bakhtin, a Russian linguist and literary critic writing in the first half of the 20th century, used this term to characterize writing that depicts the de-stabilization or reversal of power structures, albeit temporarily, as happens in traditional forms of carnival. Although this may take the form of writing about, or otherwise representing (in film, painting, sculpture, etc.), actual or imagined carnivals, for Bakhtin it was important that the work itself should come to embody the spirit of carnival too. Source: http://www.oxfordreference.com/view/10.1093/oi/authority.20110803095550811